WoW TBC Classic gold for Sale, Why You Should Buy WoW TBC Gold?

Our website, WoW TBC Gold is a specialized web store for all WoW Classic: Burning Crusade services. Just like WoW Classic and unlike WoW Shadowlands and the rest of the latest expansions like Battle for Azeroth, WoW TBC Classic Gold is a much needed resource, basically the door to every ability or goodie in the game. You will need thousands of WoW TBC gold coins ranging from spells and abilities expenditures, flying mounts (the epic one is costly), professions which can take tens of thousands gold coins in order to skill them up to the maximum 450 skill. Reputation, raiding consumables, the list goes on. Even though more gold is earned in Outlands than in the Azeroth, there is much greater expenditure/cost than in the Vanilla version. Few examples are, if you are looking to obtain the flying mounts, as soon as you reach level 70, you would probably waste all of your gold resources on gear and abilities.

By buying a 5000 WoW TBC Gold package, you can easily obtain the fast 100% speed flying epic mount and get between the zones in Outland in a matter of minutes rather than running from post to post. By buying gold you save valuable time which you can use to do the things in the game which you actually love. Another example if why waste valubable time to spend all of your hard earned gold on training all spells and abilities, while 1000 gold package would suffice for it and you can accomplish all of this in a matter of minutes.

Yet another example is reputation farming. You can spend weeks and months in order to get the desired reputation with Aldor or Scryer in Shattrath City by farming the neccessary signets and items like Fel Armaments / Arcane Tomes, while a 10000 Gold package would suffice to buy all of the required items from the Auction House or other players. In turn your reputation will increase as soon as you purchase these items, you will get the desired gear which will enable you to participate in the forthcoming Raids like Karazhan, Maghteridon Lair, Gruul or Hellfire Citadell.

The list of example can go on and on. One bigger difference than the Classic Vanilla version, the required amount of in-game items and materials costs can easily go over 20000 gold for raising the profession skill from 420 to 450, especially for crafting professions like Leatherworking, Blacksmithing, Jewelcrafting, Enchanting, Alchemy and Tailoring which in turn provide more high-end game goodies.

We have been present on the WoW TBC market since 2014, way before the release of Classic in 2019. How so? Private servers. It was the popularity of the private servers like Nostalrius Begins that triggered the release of WoW Classic by Blizzard. Before the release, our website was providing services for all major private servers which had tens of thousands of players on each one. WoW TBC Gold was successfully covering all private WoW TBC, Vanill and WotLK projects like: Nostalrius, Elysium and Elysium TBC, Atlantiss, Sunwell Angrathar and Nightbane, WoWOne(Feenix) Archangel, Warmane's Outland, Icecrown, Lordaeron among many others like Endless, Hellfire and Hellground. Most of these projects were Burning Crusade WoW projects. By knowing that, you can be certain that our level of experitise with WoW TBC is perhaps the highest, as we have been working on that version for years. We know the game inside out and can quickly farm the biggest amounts of WoW TBC Classic gold for all of our customers. Besides that, by knowing the game we will be able to provide you with the best WoW TBC boost services in all PvP and PvE areas of the game, including Arena and Honor Farm, Reputation and Profession skill up, GearScore improvements and Powerleveling, even from 1-70 or just the TBC content 58-70 (60-70). Please don't hesitate to get in touch if you have any questions.

Is it Safe to buy WoW TBC Classic Gold?

We assure you. There has not been a single of WoW Classic customer of ours that has been experiencing any kind of issue and we have performed more than 25000 different transactions and trades during the retail Vanilla 2019-2021. We follow up the latest trading and WoW TBC Gold delivery trends, so beside using in-game mail, we can also utilize direct trade (known as f2f), CoD or Auction House method if needed or required. We can also give you the desired amount of gold in tradeable items or gears, whatever your preference is.

Yes, as you have heard, Blizzard announced the Burning Crusade (re)release as expansion to the already existing WoW Classic during 2021. The announcement was made during the yearly event known as Blizzcon (Blizzconline 2021 due to the Covid 19 pandemic). If you have been living under the rock, WoW Classic was released on August 26th 2019. Right now, the current active patch is Shadow of the Necropolis 1.12 and people are getting ready to migrate to the Burning Crusade. As it was announced, shortly before the beta, players will be able to start leveling as Blood Elves or Draenei up to level 58, and then resume once Burning Crusade Classic is launched. Leaks confirm the launch will happen somewhere around 4th of May.

In a nutshell, the 'storyline' moves from Azeroth (Kalimdor and Eastern Kingdoms) to Outland, which stands for 'what remains of the Shattered World of Draenor', the former home of the Draenei. The expansion features the inclusion of the Blood Elf races for the Horde and Draenei for the Alliance. Flying mounts are enabled in Outlands, 17 new dungeons, 9 new raids including Sunwell Plateau and Black Temple where players can face the 'ruler' of Outland - Illidan Stormrage. The old Honor PvP system is gone and replaced with the popular Arena choice when players can fight for Arena PvP rating in 2v2, 3v3 and 5v5 PvP combat.

In addition to the much needed gold, boost and carry services are really needed for every segment and aspect of the game. Getting to exalted with Scryer or Aldor can take weeks or months, skilling up Jewelcrafting requires times, nerves and patience and many of us simply would prefer to jump straight in the Arena for some PvP. Even then, an improved rating will do much better than low ranking, so we can give you a hand in the Arena as well. Some of our boost services are listed below:

Or simply browse our Boost section and check on all boosting services which cover: Arena & Honor Boosts, Reputation Farm, Profession Boost, Gear Score Boost, Carry and Boost for all Dungeons and Raids in the Burning Crusade content.

The announcement of TBC Classic during Blizzconline 2021:

Listen you will find all WoW TBC realms and server zones (US / Americas & Oceania, EU / European)

February 25th, 2021 17:31 AM
Beside our website, WoW TBC Classic Gold & Boost services can also be optained from our partner site MMORPGMALL. Our partner site used to function as one of the top performing WoW Classic services since Vanilal was launched back in 2019, covering all possible US and EU realms. Though both our sites belong to the same network, they are managed by different teams in order to better micro-manage all order and delivery processes for our customers. You can expect the same level of top-notch service on MMORPGMALL.com as well. The very same services you will on this website are also available there: Gold, boosts, powerleveling and account shop. 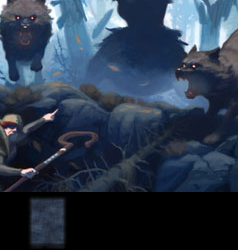 February 4th, 2021 11:52 AM
Latest leaks by Nano reveal that WoW Classic: Burning Crusade Pre-Patch could be happening around the 20th of April, with Fresh Vanilla Classic servers being released for those who would wish to remain in the 'WoW Classic' era, without resuming their journey to TBC. The information surrounding the leaks was started on this Reddit thread. Whether this is true or not, it remains to be seen as April 20th is not far away, actually less than 2 months. Blizzcon announcement revealed that in the TBC Pre-Patch both Draenei and the Blood Elves will be available for play up until level 58.